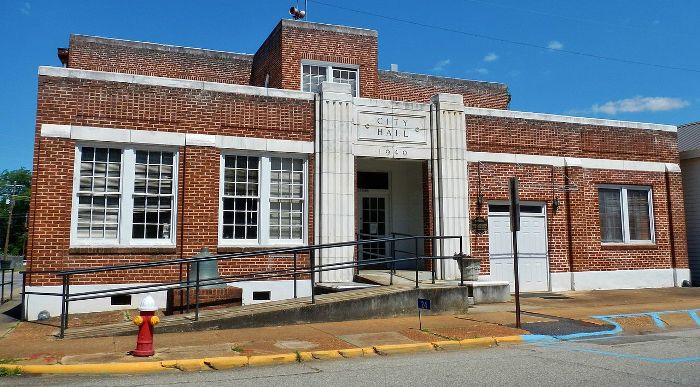 The City of Cuthbert is the county seat of  Randolph County. The city was incorporated on December 26, 1831 and named for Colonel John Alfred Cuthbert, editor, congressman and judge.

Cuthbert is home to Andrew College, a private Methodist college recognized as the second in the nation to grant degrees to women. During the Civil War, the college also distinguished itself as a Confederate hospital.

Most of the buildings built on the town square around 1890 are still there. Many of the businesses there today are in historic buildings. The courthouse on Court St. is undergoing renovation. City Hall across the street from it was built in 1940, and the Post Office was finished in 1938. The Chamber of Commerce is in the old Carnegie Library, kept in beautiful condition.

The Cuthbert Water Tower, erected in 1895, has the distinction of being the only water tower in the middle of a federal highway. It is located in the middle of US Highway 82 and defines the skyline of Cuthbert. For many years, people believed those who drank water from the tower would either stay or return to Cuthbert.

When the water tower was erected, the roadway was south of the tank. The streets of Cuthbert were paved in the 1930s, and the east entrance to the square was moved. The city did not have the funds to relocate the water tank, so the national highway just went around it. The bottom fell out of the tank when a cyclone hit Cuthbert in 1909, and graves were washed up in the Rosedale Cemetery in the resulting flood. No longer used as a water tank, the tower serves as a beacon to Cuthbert.


The County Commissioners will post regular updates regarding the impact of the novel Coronavirus here. Please check this page often for information.  We urge you to take all necessary precautions for your health and safety, yet strive to remain connected with each other and with your neighbors who are vulnerable and isolated. We will continue to monitor the situation as it unfolds and keep you updated.

In light of the seriousness of the Coronavirus COVID-19 pandemic, The Randolph County Board of Commissioners and the Cities of Cuthbert and Shellman have declared a state of emergency requiring extraordinary and immediate corrective actions for the protection of the health, safety and welfare of all residents of the county.

As the world copes with the growing impact of this outbreak, we remain steadfast in the belief that people will uphold personal responsibility to prevent the spread of this virus through responsible hygiene practices and self-quarantining practices as needed.

Please take all necessary precautions for your health and safety, yet strive to remain connected with each other and with your neighbors who are vulnerable and isolated.